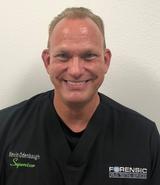 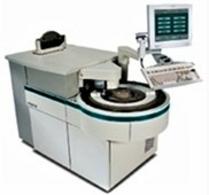 The idea of opening such a firm, came to Kevin, while working in his childhood "dream job" as a full time Police Officer within the City of Brawley, CA.   During this time, he  discovered that many current drug & alcohol abusers, whom he had previously arrested for Driving Under the Influence(DUI) of alcohol and/or drugs, or were found walking around town under the influence of a verity of illegal drugs, WERE EMPLOYED!  Kevin's biggest concern, that nobody else seemed to notice,  that these folks, upon their release from jail, went right back to working, UN-NOTICED by their employer, back into their "Safety-Related" and "Safety-Sensitive" high risk jobs, such as Public Utilities, Government, Busing,  Medical, Trucking, Construction, Education, Childcare, Security and many other  safety-related careers.!!!!  In most cases, they were back in their safety-related  jobs within 24 hours of their arrest and their employer knew NOTHING about their employee's  drug related arrest!

Kevin knew that law enforcement intervention or employer notification was NOT a realistic option , but knew something had to be done to correct this public safety"loop-hole".  As a former U.S. Army Military Police Officer and current Southern California Police Officer, Kevin knew how to research federal & state laws, regulations and case law dealing with workplace drug & alcohol abuse, so he hit the books and started gathering and studying any and all information that was available , at that time.  Don't forget, back in 1991, there was not much data available on the subject, nor was there any consistent or reliable case law to help guide employers in this area.

Fortunately, there were two major changes in the law, addressing employee drug & alcohol testing as a means of detouring employee drug & alcohol abuse:  The Federal Drug Free Workplace Act of 1988 and the Final Rule making process for the Department of Transportation-Federal Highway Administration (FHWA) outlined within  Title 49 CFR Part 382 & 391. These were the two foundational elements Kevin used, along with existing  federal & state case law, to build  Cal-Test Drug Testing Services.

As you can imagine, Kevin was confronted by many challenges the first few years, many from "professionals" working in the law enforcement and medical communities.  The very people you would expect to applaud the mission of Cal-Test!  Much to his surprise, his very own  Chief of Police was unsupportive as to the formation of Cal-Test and insisted that Kevin make a "career choice".  The Police Chief forced Kevin to chose between helping employers and drug abusers overcome the problems relating to substance abuse or to "Do his job" and keep ARRESTING illegal drug abusers and throwing them in jail".  It was not an easy choice, because law enforcement was Kevin's "dream job", since he was 10 years old (thanks to the old TV shows of Adam-12, T.J. Hooker & Chips) .  I decided to go with Cal-Test and "do the right thing".

Since that time, Kevin has built his company from a small 150 square foot office, to a thriving and productive Corporation,  operating  his own Customer Care Facilities in Imperial, and Palm Desert, CA. .  Plus he partnered  with many of the nations largest laboratories, giving our company immediate access to over 10,000 Network Collection Sites WORLDWIDE!!!

Kevin continued expanding his training and experience by obtaining his Laboratory Technician Certification through Abbott Diagnostics, Syva Diagnostics and Therma-Fisher Diagnostics, then opened and operated his own, privately held, forensic drug testing facility within Brawley, CA.  As the facilities Laboratory Director, Kevin created, from scratch, sample Policy & Procedures that employer could implement within their workplace to formalize how their employee's privacy and dignity would be respected, while ensuring the highest  possible security measures to combat sample tampering and adulteration.  Kevin  also implemented his own  internal  laboratory  protocols, to protect employees from being falsely accused on being an "illegal" drug abuser, due to a "false positive"  screening test, which included automatic GC and/or GC/MS  confirmation testing of all screening "positives".  Kevin then discovered that some employees where STILL coming up positive!  As such, Kevin determined that a medical doctor's professional intervention would be wise, to ensure that employees who were using legally prescribed medications were not labeled as "illegal drug users".   In 1991, this was an "on the job training" approach, where no formalized process or procedure, dealing with employee drug testing, was available!

So, in 1991 Kevin formulated and implemented the following protocols for every sample collected by him or his staff:

As a result of DOT taking their courageous step of mandating testing for BOTH "Interstate CMV Drivers"  and added "Intrastate CMV Drivers" to their mandates, in 1996.  This helped Cal-Test grow  quickly and continues to grow to this day, based upon our one solid  principal..... "Donor respect, coupled with solid forensic practices, ensures reliable results & a happier workforce".   It's pretty simple, treat people the way you'd like to be treated and help ensure 100% accurate and reliable test results....every time!

This is what we do........we author, produce, implement and manage your Drug Prevention & Employee Testing Program with respect, integrity and real life experience to ensure a genuine & safer Drug Free workplace! 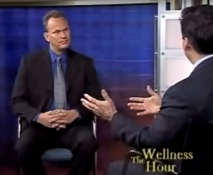 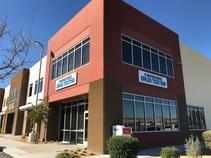